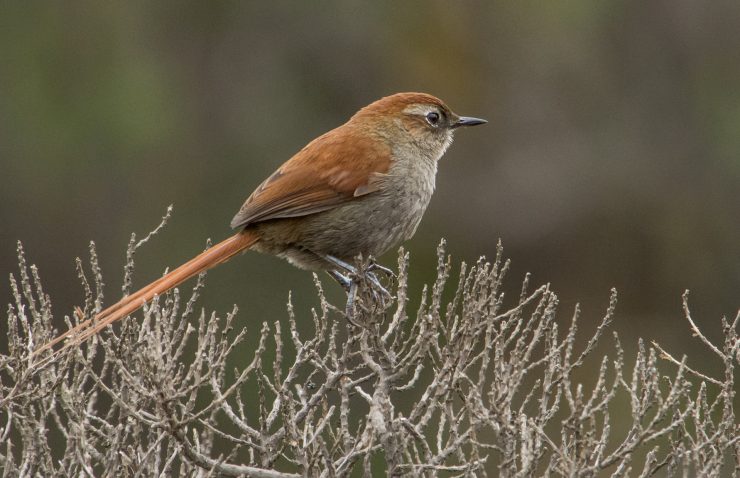 The white-chinned thistletail is a species of bird in the family Furnariidae and the order Passeriformes.

It measures from 18 to 20 cm and weighs from 14 to 20 g. Both sexes are similar. It has brown to greyish iris, greyish legs and bill with upper jaw black to grey and lower dark with light base. The nominal breed has slightly conspicuous greyish supercilium, whitish eye ring, blackish face and lores region to dark brown, crown and dark reddish brown upper parts. Its wings have a brighter tint, it has long tail, graduated and forked with appearance strayed. It has a white spot on the chin and other greyish lower parts with brownish tint on the sides.

It feeds mainly on arthropods and sometimes on fruits.

It remains alone, in couples and rarely in mixed flocks. It captures its prey by gleaning in the foliage and in small branches of the underbrush, sometimes performing acrobatic maneuvers. When alarmed keeps the tail straight.