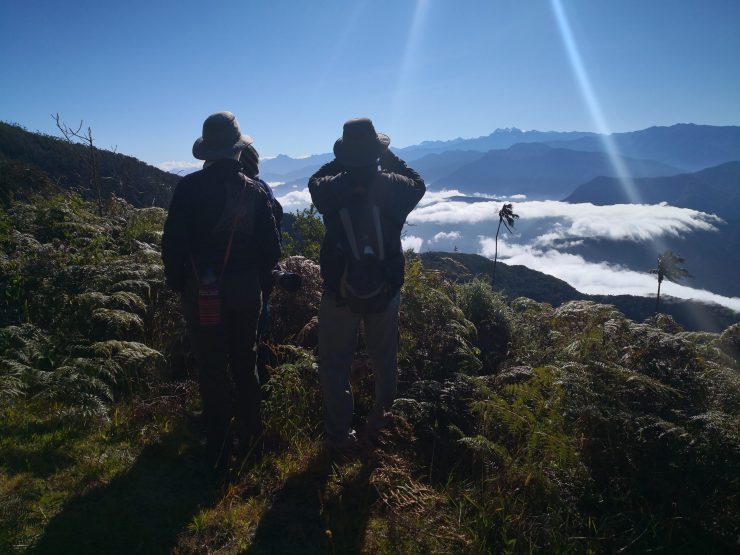 Bird watching enthusiasts across the state are being encouraged to get outside and submit their observations of breeding birds – the start of a five-year study to create the third New York State Breeding Birds Atlas.

The study, which makes extensive use of “citizen science volunteers,” takes place every two decades. The recent effort officially started Jan. 1 and will last five years. Field surveys of birds will be conducted by volunteers and several project partners.

The information collected will include bird species spotted along with behaviors exhibited, such as whether a bird is singing, carrying a stick or some other material in its mouth to build a nest, sitting on a nest, etc. Volunteers can submit observations year-round, but the main thrust of the effort is during the spring and summer, when birds are breeding, said Kevin McGowan, an ornithologist from the Cornell Lab of Ornithology, who was a co-editor on the second State Breeding Bird Atlas. In addition to detailing the current distribution of breeding birds across the state “the collected data can be used to evaluate trends in distribution and species abundance, as well as assess the response of various species to climate change. These changes in distribution help identify species that may be in trouble and allow for the development of management programs to help address those declines,” according to the state Department of Environmental Conservation.

“Just as New Yorkers are embarking on the 2020 Census to track human populations and trends, DEC and our partners track our natural populations to evaluate the effectiveness of New York’s programs and initiatives to promote diverse and healthy wildlife,” DEC Commissioner Basil Seggos said. “The Breeding Bird Atlas is a valuable tool to help protect birds and habitat, and I encourage all New Yorkers to get outdoors safely and responsibly and participate in this year’s survey while practicing social distancing.”

When complete, the atlas will provide species-specific details about distribution, maps, and illustrations.

New York is the first state in the country to begin work on a third Breeding Bird Atlas. The last one was published in 2008, with information on its results available on DEC’s website.

Five years of fieldwork by more than 1,200 contributors provided the data for the second addition to New York’s understanding of the state’s bird population.

This substantial book revealed “striking changes” in the distributions of many of our breeding birds since New York’s first Breeding Bird Atlas was published in 1988.

Data showed that half of New York’s 253 species “showed a significant change in their distribution, with 70 species showing increases and 58 species showing declines,” said DEC. “A comparison study between the first two atlases showed that the distribution of 129 species moved northward an average of 3.58 kilometers due to climate change. The current effort for the third atlas is expected to provide further data on this shift and climate change’s potential impact on wildlife.”

To participate, volunteers can make a free eBird account and submit data online through the atlas website (ebird.org/atlasny) or via the eBird mobile app. Record the species and any breeding behaviors observed. All sightings can count.

As observations are reported and data can be viewed on the e-bird website.

While enjoying the outdoors, birders are encouraged to continue to follow the CDC/New York State Department of Health guidelines for preventing the spread of colds, flu, and COVID-19. In addition to keeping a social distance from each other, volunteers are discouraged from sharing equipment such as binoculars and spotting scopes.

Coronavirus: Take a virtual tour of every state park on your computer

Have a question or suggested story concerning the Upstate NY outdoors scene? Outdoors writer David Figura can be reached by email at dfigura@NYup.com, on Facebook or by calling 315-470-6066.