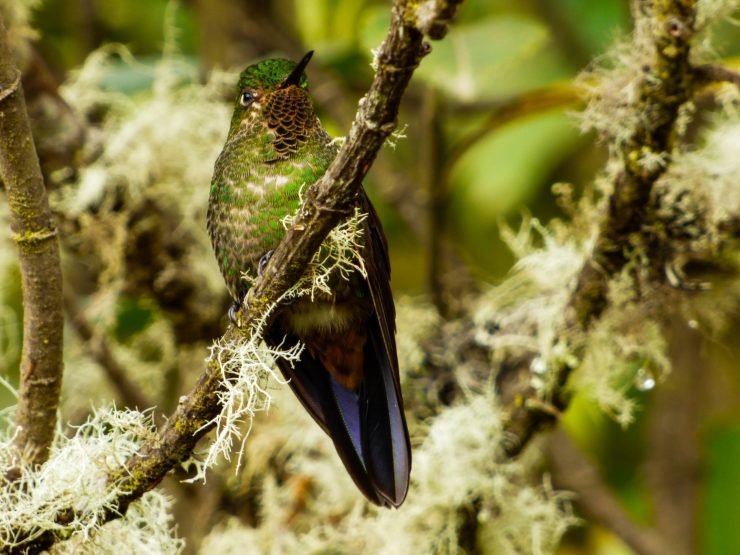 The approximate size of these bird is 9 cm.

Viridian Metaltail is a bird which belongs to the family of Trochilidae and the order of Apodiformes.

Its bill is relatively short, measuring only 15mm. The male has a bright dark bronzing green color above; below, they have a vague iridescent dark green patch at throat level.

Its tail has a dark bronzing-green to dark bronzing-purple hue from the top (depending on how you look at it in light) and intense purplish blue below.

It’s got bright green tail below. The female, above is dark bronzing green; it has its lower parts before densely spotted with green discs; the female’s tail is like in the male: under dark greenish blue or under bright green.

It is found in Colombia and Ecuador.

It hangs from the flowers when you suck. It is considered aggressive and defends feeding territories in small flowering shrubs of the undergrowth.