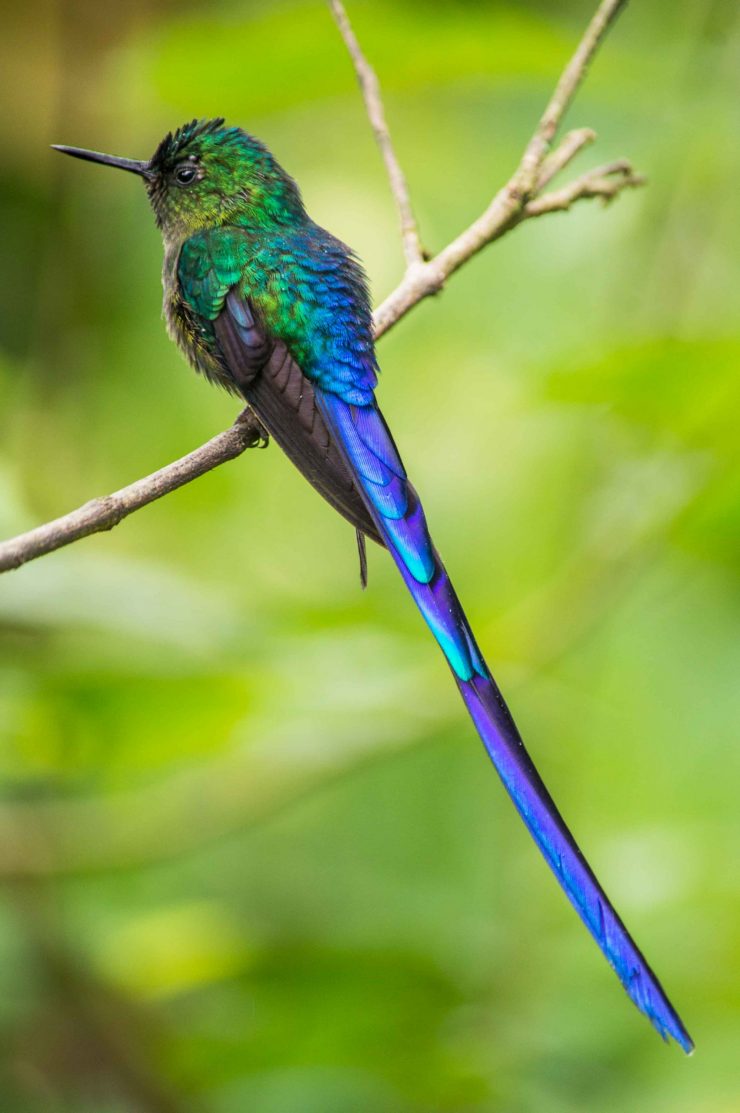 The approximate size of these bird is 18 cm.

Violet-tailed Sylph is a bird which belongs to the family of Trochilidae and the order of Apodiformes.

It is a very showy hummingbird because of its long iridescent violet tail.  It is found in Colombia and Ecuador.

The male is dark green on top with iridescent green crown and a small white eye spot. Its tail is very long and forked of metallic violet color with bright blue tips and almost twice as long as its body with the external feathers longer than the others. It has an iridescent violet spot on its throat, its rump and uppertail coverings are blue and its opaque copper-green belly with the underflow coverings of green or rufous-green color. The female has a much shorter tail than the male, is green on top with iridescent blue crown and bluish rump. It has a white throat spotted with green, an anteated white breast and cinnamon flanks.

This species is endemic to Choco and is found from the headwaters of the San Juan river in Colombia to the southwest of Ecuador. In Colombia it is located on the western slope of the Western Cordillera from 300 to 2100 m above sea level from the San Juan River to the south.

It is a common inhabitant in the rainforest of the peaceful slope where it is commonly found on the edges. Males forage mainly in the subdosel and ground vegetation, while females are mainly concentrated in the understory.

It feeds on the nectar of flowers, especially those of short corolla and tubular.