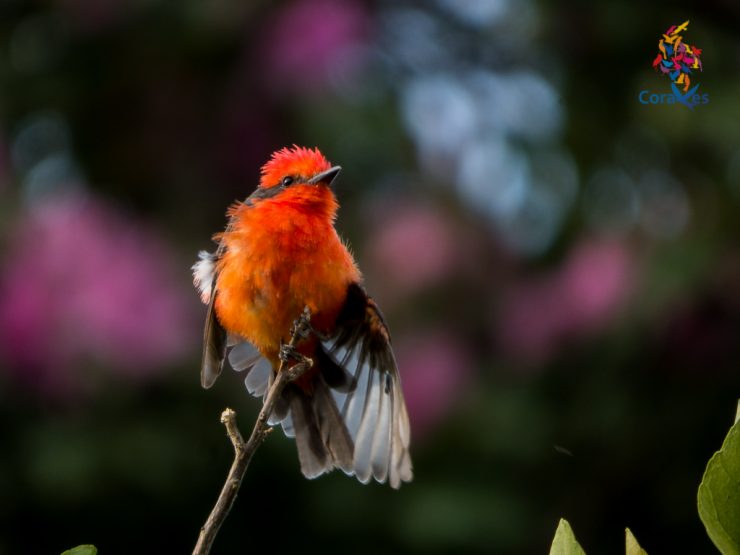 A large and diverse group united (for the most part) by their ability to fly from a fixed perch and snap up insect prey.

It is a small passerine bird in the tyrannidae, measures about 15 centimeters.

It is strongly dimorphic.

Their ranges includes almost all Mexico, it extends north into the southwestern United States, and South to scattered portion of Central America, part northwestern and Central South America. It is ranged as far north as Canada.

Common resident throughout the country and southern migrant in southern of Colombia registered in Leticia.

Inhabit in dry and open land with trees or shrubs in savanna, agricultural areas, riparian woodlands and desert as well.

The nest is a cup of straw and lichen suspended or supported on low hoquette. It lays 2-3 white eggs with large reddish-brown spots. Breeding activity may occur all year round but is concentrated between December and April.

Their vocalizations consist of a soft and whiny series of 3- 4 slightly trines note.