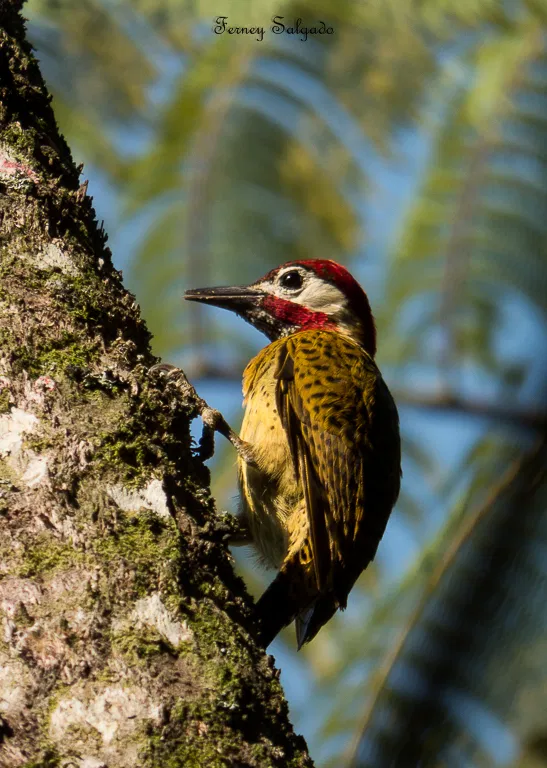 The Spot-breasted Woodpecker is a species of bird in the Picidae family.

20 cm in length. The forehead is black, the crown is red, the sides of the head are white, bordered below by a red mustache (only in males). Throat stained black and white. Chest and abdomen light olive yellow, with black spots. The back is dark olive yellow barred with black.

It is found from Panama to northern Bolivia and in the Brazilian Amazon. It is widely distributed in the Colombian territory up to 1500 meters above sea level, except for the Pacific coast south of Buenaventura. There are also no records for the departments of Guainía and Vaupés.

It is a species that tolerates heavily intervened areas, since it can sometimes be seen within cities, in green areas. Found in open spaces with scattered trees, early Varzea bush and mangroves. It is an abundant species in the Caribbean region and the inter-Andean valleys in dry mountains and forest clearings. It can be seen in the upper and middle strata of the trees.

As is known in the carpenters, the nests consist of holes that they drill on the trunks of dead trees, at medium or high height.

As it is known in the carpenters, the nests consist of holes that they drill on the trunks of dead trees, at medium or high height.

It is usually found alone or in pairs. It can often be seen on the ground hunting ants.