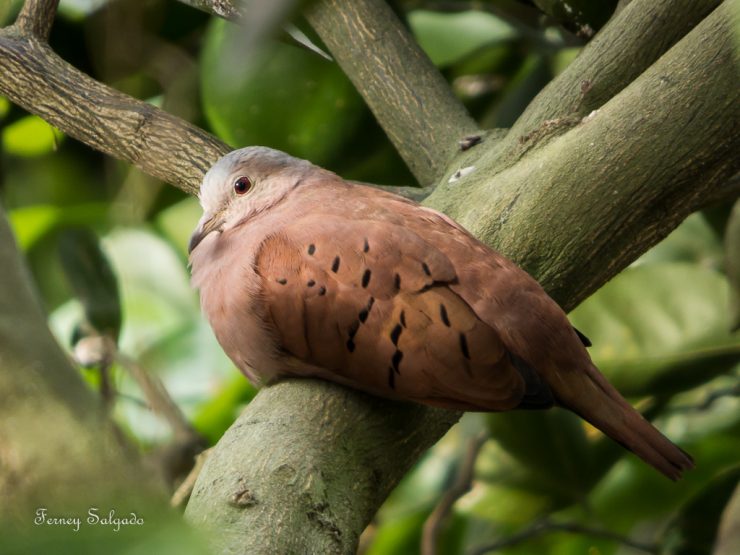 It is a bird species of the Columbidae family and order Columbiformes, the approximate size of these bird is 17 centimeters.

It is a dark brown iris with red outer ring. Its bill is brown to black and its legs and fingers pink. The female measures from 14 to 18 centimeters and weighs 35 to 51 g. It has a front, a crown and a grey neck. His face and throat are rosy and the rest of the body pink brown with black spots on the wings. It has black primaries with some rufous on the internal margins, its underflow coverings are dark rufous with brown center feathers and dotted brown chestnut outside. The female is more opaque and pale than the male.

It is found from both coasts of southern Mexico and Central America to northern Argentina and central Chile. In Colombia it is usually bellow 1600 m above sea level (occasionally at higher altitudes) in dry areas throughout the country except on the Pacific slope from Juradó to the south.

In Colombia it is common in open dry areas, meadows, gardens and populated areas. It can also be found in wet areas, riparian bushes, cultivated areas, forest edges and wetlands.

She’s a very social and trusting bird. It feeds on soil in pairs or in large groups of up to 200 individuals, sometimes with other species in the family.