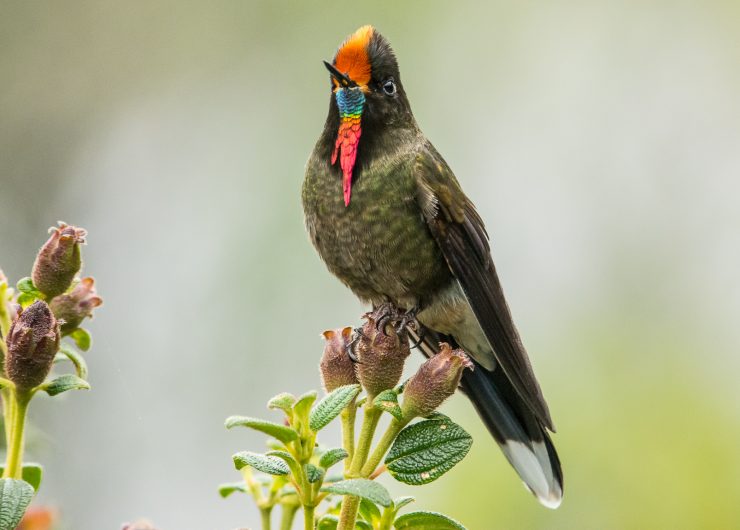 Description. The male Rainbow-bearded Thornbill is mostly brownish-green with a distinctive orange cap and a narrow and elongated multi-colored gorget.  The female is greenish brown with an orange cap and a rudimentary gorget. Both sexes have a dusky tail with large white tips on each feather.  The bill in both sexes in black, short, and straight. It favors humid scrub and tall shrubbery. Both sexes resemble a male Rufous-capped Thornbill but are distinguished by being larger, mostly green, and having large white tips on the tail feathers.

Diet. It mainly consumes nectar from flowers of Puya and Brachyotum, Bromeliaceae and Melastomataceae; Look for insects on leaves or on the bark of vegetation in higher strata, on grass or near the ground.

Reproduction. The color of the egg is white, general. These have been found in July and September, this is probably their breeding season.

Population. Its population density has not been quantified, but the species is listed as «uncommon» (Stotz et al. 1996).