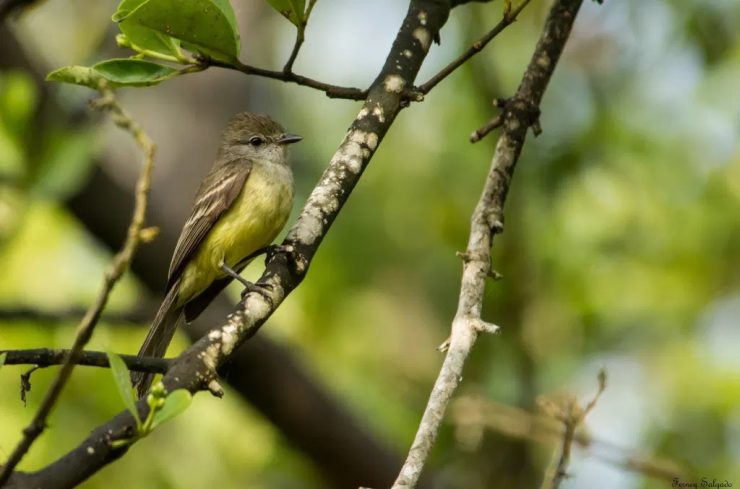 The northern scrub flycatcher is a species of bird in the family Tyrannidae.

Nest is a small simple cup 2-6 meter above ground, built in a fork of a small tree. Clutch size is two eggs incubated for about 14 days. While on the nest the feamle is fed by the male.

Planet of Birds, Source to all birds on the Planet found in: http://www.planetofbirds.com/passeriformes-tyrannidae-northern-scrub-flycatcher-sublegatus-arenarum-2