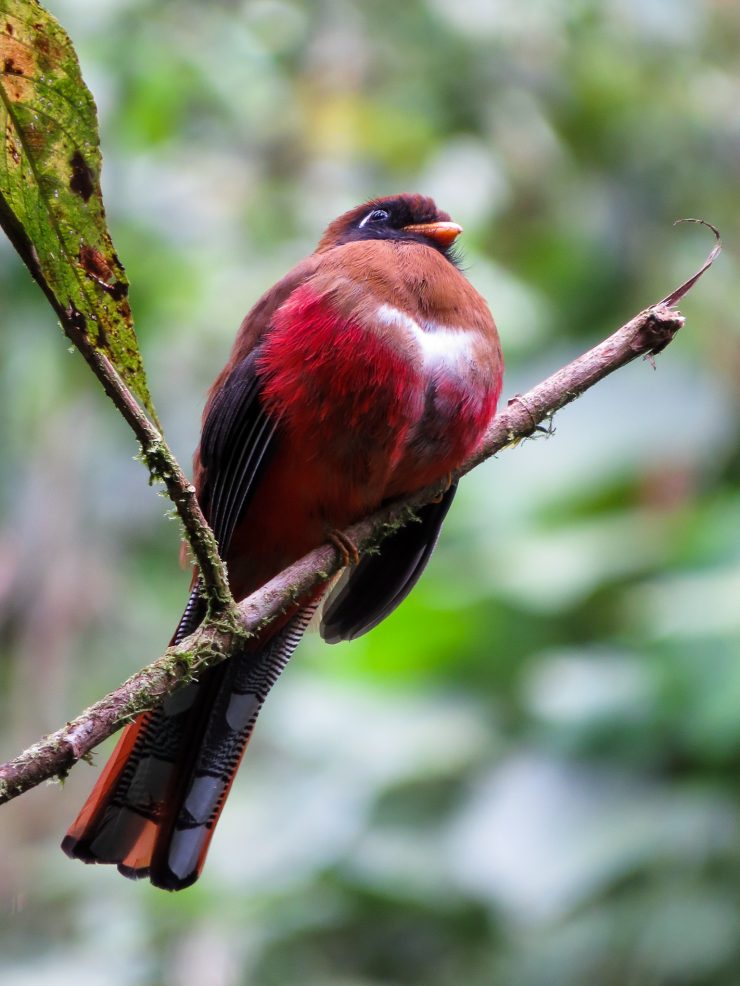 The Masked Trogon is a species of bird in the family Trogonidae and the order Trogoniformes, a family of large, large- headed, long-tailed, tubular- shaped birds of tropical and subtropical regions. Colorful and sluggish.

The Masked Trogon is a mid-sized trogon, averaging 27 centimeters in length and 56 grams in mass. Like all trogons, it displays sexual dimorphism. The upperparts, head and upper chest of the male are variously glossy green, reddish-bronze or golden-green (depending on the subspecies). The belly and lower breast are red; the latter separated from the greenish upper chest by a narrow white band. The male has a distinct eye-ring.

The female is brown above, with a pinkish to red belly and breast; the white band separating brown and red on her underside is often either narrow or obscured. Females of all subspecies have a partial white eye-ring.

It is found from the north of Colombia and Venezuela to Bolivia, through the Andes of Peru, Ecuador and part of the Guianas. In Colombia it is between 700 and 2100 m above sea level in the Serranía de Perijá, Sierra Nevada de Santa Marta and Serranía de la Macarena. Also in the three mountain ranges.

It lives mainly in moist and very moist mountain forests, in open areas and in secondary growth forests. Generally, in the sub-deck of vegetation.https://www.xeno-canto.org/species/Trogon-personatus