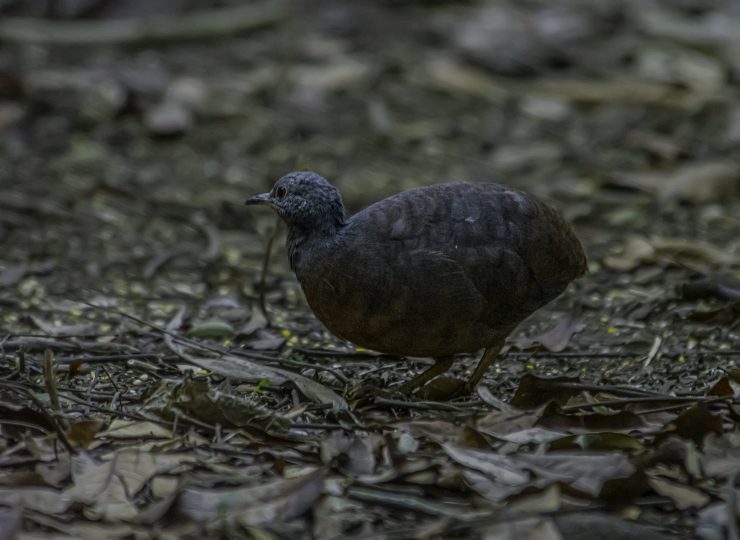 The little tinamou (Crypturellus soui) is a species of tinamou. It is found in Central and South America.

The little tinamou is one of 21 species in the genus Crypturellus, the most species-rich genus of tinamous. All tinamous are in the family Tinamidae, and in the larger scheme are also palaeognaths, a group that includes the more widely known flightless ratites such as ostriches and emus. Unlike the ratites, though, tinamous can fly, although in general they are not strong fliers. All palaeognaths evolved from flying ancestors.

C. s. capnodes occurs in the lowlands of northwestern Panama.

C. s. harterti occurs on the Pacific slope of Colombia and Ecuador.

C. s. panamensis occurs on both coasts of Panama and the Pearl Islands of Panama (an ancient introduction).

It is a resident breeder in tropical lowland forests, rivers-edge forests, lowland evergreen forest, secondary forest, and lowland shrublands at an altitude of 2,000 m (6,600 ft). They also are fairly successful utilizing cleared forests and plantations or farmed land. The little tinamou is located throughout central and southern Central America and northern South America, inclusive of the island of Trinidad.

The little tinamou is rarely seen in its dark, dense forests, walking away through the undergrowth. It can be located by its slow whistling calls (soft, descending whinny; also a series of single notes, tempo increasing at end), given by both sexes. It eats seeds, berries, and some insects.

The breeding season of the little tinamou ranges from May to October. Its nest is a small depression in forest floor, sometimes lined with a few leaves at the base of a tree or in dense brush. It usually lays two glossy dark purple coloured eggs, sometimes only one. The size of the egg is approximately 41 to 32 mm (1.6–1.3 in). The eggs are incubated by male. The young are precocial, and can run almost as soon as they hatch.

The little tinamou is approximately 22 to 24 cm (8.7–9.4 in) long and weighs 220 g (7.8 oz). This species is a shy, secretive and solitary tinamou. Although it looks similar to other ground-dwelling birds like quail and grouse, it is completely unrelated to those groups. This is a dumpy bird recognised by its small size and lack of barring. It has an unbarred sooty-brown plumage, it is shaded to grey on the head and has a whitish throat. Its foreneck is brownish and it is cinnamon buff on its belly. The female has a brighter rufous brown on its under parts than the male. Its legs can be grey, olive, or yellow.