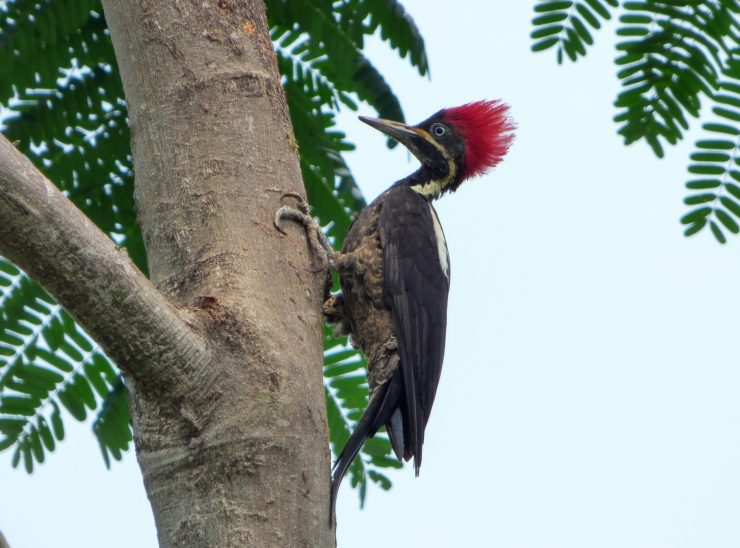 The Lineated Woodpecker is a bird which belongs to the family of Picidae and the order Piciformes, its measures around 31.5 to 36 cm.

Prominent red crest as well as moustache and crown. Sides of the head and upper parts black. The back is black with to white line that do not join.

They have a white line, which starts from the bill and extends below the eye and down the side of the neck. Black and white striped throat, black chest and black and suede barred abdomen. The females, these plumage features are black. The bill is typically black in both sexes, though pale-billed individuals regularly are seen.

The species is distributed from Mexico to the north of Argentina and Paraguay. In Colombia, it is found throughout the territory up to 2100 meters above sea level.

The habitat of this species is forest borders and other open woodland. It is not generally a mountain bird, though it has occasionally been recorded in the uplands in the Serranía de las Quinchas of Colombia.

Lineated woodpeckers chip out holes, often quite large, while searching out insects in trees. They mainly eat insects, especially ants, beetles and their larvae, with some seeds, such as from Heliconia, and fruits, berries, and nuts.