IN COLOMBIA’S EJE CAFETERO, COFFEE IS JUST THE BEGINNING 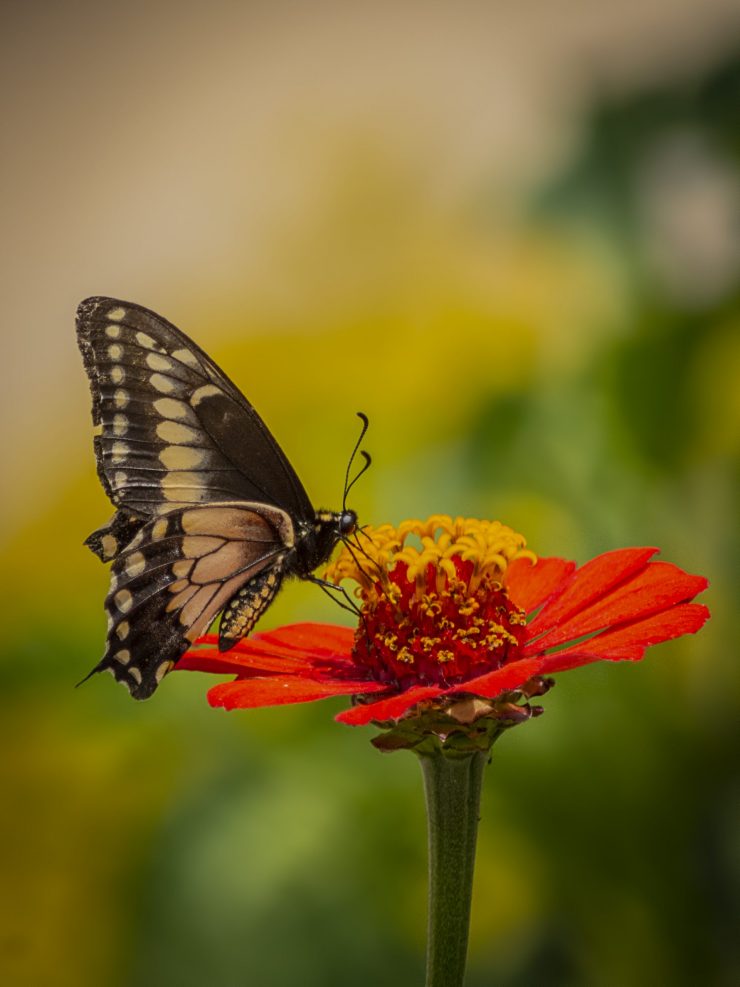 Coffee growers, hoteliers, and chefs are transforming this region into one of the country’s most compelling destinations for eating and drinking.

The first customer to eat at Helena Adentro arrived on horseback. It was a cool night in October 2012, and chef Alejandro Fajardo Mendoza had just lit the grill outside the century-old house that he and his partner, Jade Gosling, had spent the previous few months fixing up in the sleepy hilltop village of Filandia. The pair had only recently moved from Australia — where they’d met at hospitality school — to central Colombia’s Eje Cafetero, or “Coffee Axis,” where Fajardo grew up. Using all $8,000 of their savings, they had stripped soot stains from the adobe walls and painted the ceiling beams primary-school shades to match the gingerbread eaves of the buildings surrounding the nearby plaza.

At the time, Helena Adentro was a flash of color in a village where the most successful businesses were the unassuming cafés around the main square. There, farmers would gather each morning to sip thimbles of bitter tinto, the local term for coffee, which translates literally (and aptly) as “ink.” Before long, Fajardo and Gosling’s project would become the Eje Cafetero’s most ambitious and best-loved restaurant — and the gravitational core in a quickly expanding universe of young farmers, restaurateurs, and hoteliers.

I arrived in the Eje Cafetero the hard way, driving six hours south from Medellín along winding roads that disappeared into banks of mist, stopping along the roadside to buy sacks of sweet purple mangosteens and tacky bonbons of sweet corn and guava jelly. (The Quindío department, the historic center of Colombia’s coffee industry, also has an airport in the regional capital of Armenia.) As I approached Quindío’s broad central valley, sudden rain lashed my windshield — only to dry, moments later, as the clouds parted over a receding sea of hills, washed in silvery sunlight.

The first nonindigenous settlers in the area arrived along a similar route in the early 19th century. Migrating south from Medellín, they brought with them their region’s storybook architecture—whitewashed cottages, terra-cotta roofs, brightly colored balconies — and its hearty, straightforward cooking. Coffee came later, in the early 20th century, more than 100 years after it arrived elsewhere in Colombia. It was carried in, the story goes, by Jesuit missionaries who prescribed its planting as penance. As I learned from the producer Carlos Alberto Zuluaga Mejía, whose farm Finca El Recuerdo produces a scant 5,000 pounds of exceptional single-estate coffee each year: “Coffee spread with sin.”

Zuluaga’s 10-acre farm near the village of Salento is a throwback to the region’s earliest plantations. Rangy coffee shrubs are spangled with white blossoms and red cherries; gooseberries and perfumed guavas dangle like tiny lanterns. In the 1980s, as producers cleared shade trees to plant heat-resistant coffee varietals and maximize production, farms like Zuluaga’s all but disappeared. The majority of Colombia’s best beans had long been destined for export, but soon, Quindío stopped growing high-quality product almost entirely. Coffee was nothing more than a cash crop.

Then, in 1990, as the country’s decades-long conflict between government forces and FARC rebels escalated, deregulation of the economy sent the industry into a tailspin. Fajardo, 35, comes from the first generation to grow up without coffee as a reliable source of income; many left to explore possibilities elsewhere. I asked Fajardo and Gosling, who originally hails from New Zealand, why they decided to move to Quindío to start their own business. “Here, you don’t have to constantly doubt whether something is possible,” Fajardo told me. The government and FARC signed a tentative peace agreement in 2016. Though Quindío had always been a relatively safe region, instability had opened up the way for risk, and for new ways of thinking about what this fertile land could offer. Transformation came, as it often does, on the heels of crisis.

On my first night in the Eje Cafetero, I slept at the newly opened Bio Habitat Hotel, a collection of 12 glass cubes set into the steep hillside of a former coffee farm. I had eaten dinner at the sleek on-site restaurant, Basto, where 31-year-old chef María Clara Roa served house-made liquor infused with maracuyá, or passion fruit, and dishes that paid homage to Colombia’s regional diversity and abundance of fresh produce. “I think we’re seeing a generational change with this growing interest in nature and conservation,” she told me. “And the same thing is happening in restaurants. We’re working with local farms, traditional flavors, indigenous ingredients.”

I woke to a view of tangled jungle vines, hanging like curtains outside my glass-walled guest room, and a neon-blue honeycreeper perched on my balcony. As the sun came up, obscured by damp woolen clouds, I walked down into the forest with 25-year-old ecologist Nicolás Giraldo Echeverry, who left his doctoral program in Bogotá to launch a tour operator called Penelope Birding with his cousin, Camilo Ernesto Echeverri García. Toucans the size and color of avocados sat among the giant silver leaves of yagrumo trees, and heliconias drooped low over a burbling stream.

It was Giraldo who took me to Zuluaga’s farm that afternoon. After wandering the grounds for more than an hour, we sat for cups of delicate, mahogany-colored coffee redolent of jasmine and orange flowers — the kind of coffee that, until a few years ago, was all but impossible to find here. Today, Giraldo told me, small coffee shops have popped up throughout the Eje Cafetero, places like Cultivar Café in Filandia and Café del Guadual in the bigger town of Circasia, that treat the beans with the reverence and care they deserve.

A day later, I drove down into the Cocora Valley, where stands of wax palms spike the bright green pastures like javelins. Four years ago, María Camila Ospina, 29, opened a small eco-hotel near Salento called La Cabaña with her parents, Héctor and Lina, turning two haciendas on the family’s century-old dairy farm into 10 simple but comfortable rooms. From the hammocks that hang lazily under the deep verandas, you can see forest-draped cliffs rearing up to block the sky. On the garden terrace, surrounded by lilies and birds-of-paradise, I ate one of many great meals I had in the Eje Cafetero: a whole trout simmered over an open fire in a bath of garlic and sweet, grassy milk, collected the day before from the farm’s own cows.

Back at Helena Adentro the next afternoon, I ordered marranitas, traditionally a dish of plantain croquettes stuffed with minced pork, reimagined here as crisp orbs of white corn filled with pulled pork shank and dressed with decadent lashings of queso ranchero. I ate goat-milk cheese, produced by the 35-year-old cook Juan Luis Mejía at his family’s 200-year-old hacienda, and a salad of deep-fried chicharrón, a central-Colombian specialty, shattered among tomatoes, onions, and wedges of sweet mandarin orange. I drank Parce Rum, distilled in nearby Armenia, poured over a sphere of ice studded with pink flowers grown on the Helena Adentro farm at the edge of Filandia. “The idea is that you can do something fresh with all the same ingredients,” Gosling said. “It’s Colombian flavors combined in new ways.”

A short drive away, on a steep hillside above the village of Calarcá, Fajardo and his brother, Miguel, have brought a similar approach to the region’s most famous crop. On the morning I visited their four-year-old coffee farm, Miguel walked me up and down a steep hillside between rows of bourbon, geisha, and woosh woosh — varieties not often grown in the Eje Cafetero, some thriving, others having a harder time. The land smelled damp and fresh; the berries that Miguel plucked off the plants were tannic and sweet, the white flowers bright starbursts among the dark green leaves.

Down in the farmhouse, Alejandro had installed himself over a wood-burning stove, preparing tamales and reheating fat red beans from the night before, the kind of traditional food he hopes to serve to guests when the farm eventually opens a simple guesthouse. The farm is called El Fénix, Miguel explained as we looked out over the hazy valley spread out below, “because it rose from the ashes.”