IN COLOMBIA, BIRDERS FIND THEIR VERSION OF EDEN 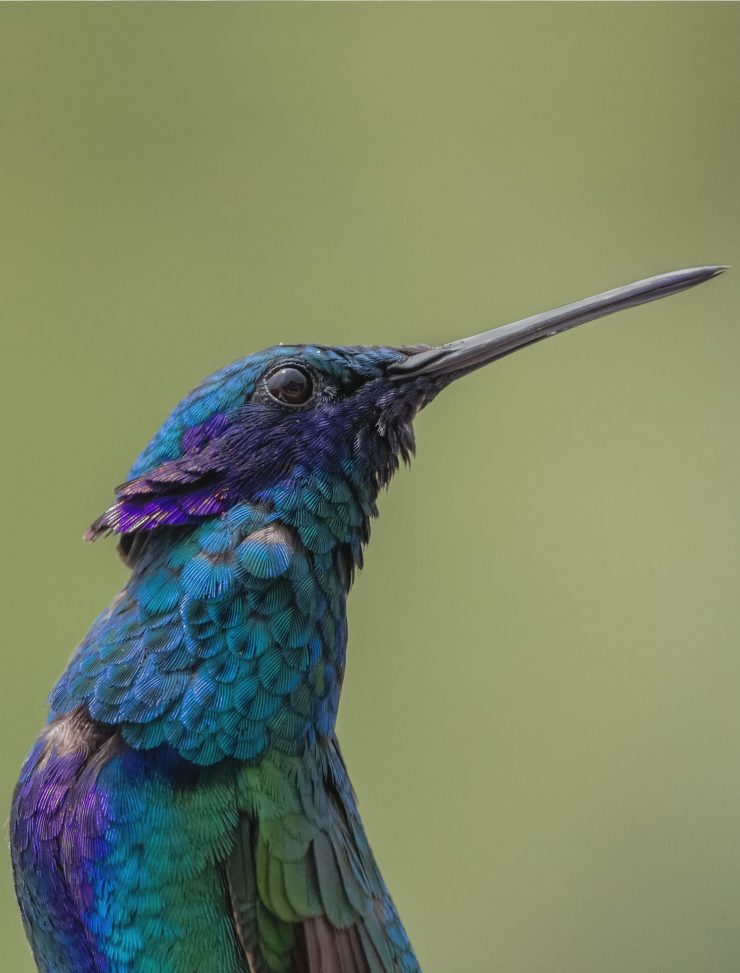 Despite his small stature, 10-year-old Juan David Camacho has big dreams: pacing through Colombia’s jungle with binoculars in tow, he aims to spot all the bird species his country offers.

It’s a mighty goal: Colombia boasts the greatest number of bird types on the planet—1,920, or 19 percent of those on the planet—a veritable paradise for birders.

«We leave very early with our cameras, binoculars and tripods and we watch the birds until around noon, in silence,» says the young boy—continuing to scan the area to make sure he doesn’t miss a rare specimen perched on a branch in the forests near Cali.

Since his father first took him birdwatching three years ago, his love of searching for feathered friends has come to rival even his passion for football, a favored pastime in Colombia.

Once a month he journeys through the tropical forests surrounding Cali, the country’s third largest city with some 2.5 million residents.

Nestled in the heart of the southwest’s massive green expanse, the Valle del Cauca, and the Andes Mountains, the area counts 562 species of birds, «much more than anywhere in Europe», according to expert Carlos Wagner.

Camacho has already seen 491, capturing 200 of them in photos, the boy told AFP.

In February he delivered a lecture—»Three years of passion for birds»—at the International Bird Festival, which brings some 15,000 people to Cali.

Too short to reach the lectern on the stage, he grabbed the microphone to discuss the expeditions he has made with his parents, a computer scientist and a lawyer.

Huge swaths of Colombia’s territory remain to be explored: for decades they have been deemed too dangerous to travel because of the country’s drawn-out armed conflict.

An ongoing peace process with former FARC guerillas has birders like Wagner hoping access will someday be improved.

The 40-year-old expert, who heads the bird festival in Cali, says the variety of ecosystems in the area—ranging from mountainous to tropical—allowed a great diversity of species to evolve.

Wagner grew up in the surrounding countryside near the San Antonio forest, site of the first large-scale ornithological expedition in the area, which New York’s Natural History Museum carried out in 1910.

Threatened by deforestation, this 900-hectare (2,225-acre) Eden was ranked as an «Area of Importance for Bird Conservation» in 2004 by BirdLife, a major British non-profit.

But because Colombia did not legally recognize the designation, there was no guarantee it would be respected, said Wagner.

Along with other birders and ecologists, he is working to sensitize residents in the area of the importance of preservation, no small feat.

«We are great romantics, but farmers have needs: they cut down trees to cultivate,» he said.

And though Colombia is a bird kingdom, observation tourism is poorly developed.

The government, however, is growing aware of the potential source of income: in the future the tourism ministry projects nearly 15,000 observers might descend on the Latin American country per year to birdwatch, bringing in $9 million.

Most birders traveling to Colombia currently originate from the United States, Canada, Argentina and the United Kingdom.

In the San Antonio forest, a dozen places and guides already welcome observers, at a rate of 15,000 to 20,000 pesos (approximately five to 6.50 dollars) per visit.

Olga Gomez, who raises rabbits, has transformed her small one-hectare farm into a bird paradise, complete with flowers to seduce winged visitors.

«We’ve seen up to 25 species, including 18 hummingbirds,» said the 66-year-old woman with a smile. She says 1,000 visitors per year come to her La Conchita finca, or rural holiday estate.

Further up on the mountain, at the Alejandria finca, clouds of hummingbirds in a dizzying spectrum of colors flutter among red saucers of sweet water, while others feast on bananas placed strategically on bamboo platforms.

A French family from Amiens, north of Paris, marvels at the spectacle: «In our northern plains, trees have disappeared because of intensive farming,» says Marc Bulcourt, 62, a retired nurse.

«We see fewer and fewer birds, but here it’s magic!»

A multicolored tanager, one of Colombia’s 79 native bird species, zips over.

«Any observer wants to see it at least once before dying!» says Wagner, pointing to the teensy turquoise, yellow and anise-colored bird.

Spotting a rare condor is young Camacho’s current quest—the iconic bird of the Andes is dwindling in numbers, making it hard to sight.

Once he has traversed all of Colombia, the boy wants to expand his birding universe to other countries, he says—adding that he aspires, of course, one day to become an ornithologist.