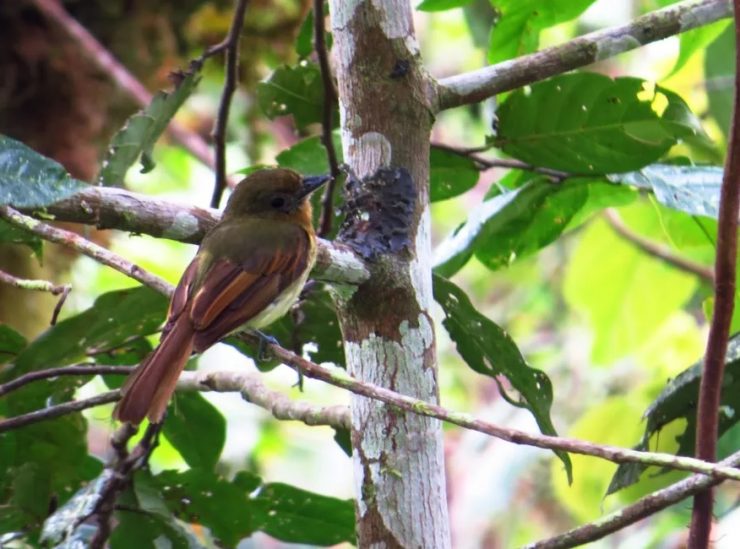 It is distributed in the Andes of western Venezuela (Táchira), Colombia (western cordillera, also locally in the northern part of the central cordillera and on the western slope of the eastern cordillera in Cundinamarca), northwest and east of Ecuador, eastern Peru and northwest of Bolivia (south to Cochabamba).

The fulvous-breasted flatbill is mostly found in mountain rainforests, especially along rivers ans streams. They also use rainforests in lowland areas. This species is present at altitudes of 750-2.300 m.

They are insectivorous, taking various small insects and other invertebrates.

Fulvous-breasted flatbills breed in August-December. The nest is a domed structure with a side entrance opening towards the ground, made of plant fibres, mosses, ferns and dry roots. It is attached to the end of a branch, overhanging a stream 3-12 m above the water. The female lays 1-3 white eggs, sometimes with reddish spots. She incubates the eggs alone for 24 days. The chicks fledge 29 days after hatching.

This species has a large breeding range and is described as uncommon. It is suspected to lose 20% of suitable habitat within its range, based on a model of Amazonian deforestation. Therefore, the fulvous-breasted flatbill is expected to decline at a moderate rate in the near future.