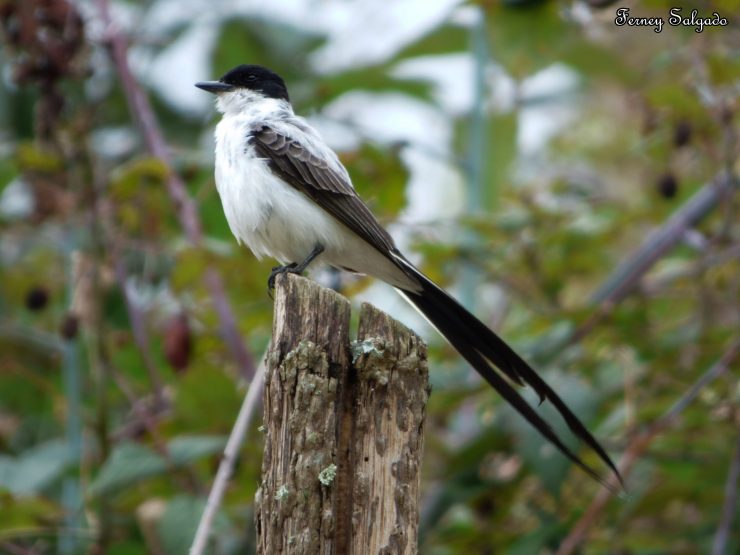 The fork-tailed Flycatcher is a bird which belongs to the family of Tyrannidae and the of Passeriformes.

Its measures around 35 centimeters, its tail is very long and deeply forked (shorter on the female). They have the crown, neck and sides of the head down to the black eyes. The back is light gray, the wings darker, the tail black and the lower parts completely white.

It is located from southern Mexico to Argentina and Paraguay. In Colombia it reaches up to 2600m above sea level throughout the country.

They inhabit open regions with trees or shrubs, from where they can hunt insects. Moreover, they usually stop in the cables of light.

It feeds mainly on insects and also consumes fruits. From an exposed perch they hunt their prey in the air with aerial maneuvers. It’s common for her to catch queen bees on her nuptial flight.

The male court the female during the flight.

It remains alone or in large or small flocks. It typically sits exposed in fences or on shrubs or small trees, migrants almost anywhere, even in the treetops of the jungle and during migration gather in flocks of hundreds or thousands to spend the night. They fly into the air or go down to the ground after insects or congregate in fruit trees.