FOR THE BIRDS: COLOMBIA IS A BIRDER’S PARADISE 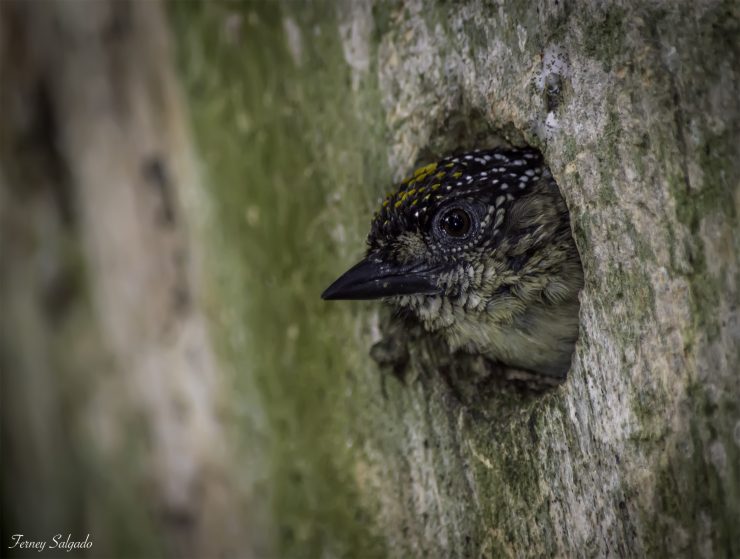 Colombia has a bit of an image problem. Much of this perception is indeed based on an ugly reality which the nation is trying to leave in the past; much of that is perpetuated in mass media.

But I’d like to present another Colombia to you in this article: a marvelous birding destination and a country full of natural wonder.

Three years ago, my wife and I presented Magia Salvaje (Wild Magic) at the Ossining Public Library, which opened many people’s eyes to the variety of landscapes, flora and fauna, in the South American nation. (You can check it out on YouTube.)

Bordering the Caribbean Sea and the Pacific Ocean, and divided by three separate Andean mountain ranges, Colombia has a multitude of microclimates. Being on the migration path, it’s host to nearly 1,900 bird species – some year-round, some migrants. Kind of like Boca Raton for people.

Our 18-day trip involved four different sites: Palmira, Cali, Cartagena and Salento. We also participated in the Cali International Bird Fair, because, hey, that’s what nerds do on vacation.

We arrived to a tumultuous family greeting in Palmira, then after acclimating, were taken one day to the Bosque Municipal, or municipal forest. Amazing place! First thing we saw bopping around on the ground were some saffron finches, a brilliantly-colored tanager with an orange spot on its head. There were many blue-gray tanagers about in the trees, a flotilla of Muscovy ducks in the pond, which was dominated by a tree of about 40 nesting cattle egrets. Their handsome rust-colored crowns were beautiful, and their nest-building skills remarkable. I only wish we were there when the babies were born.

We also heard a screech, almost daily, that sounded like a red-tailed hawk. On our final day, we saw the bird land on a light pole just yards from the apartment. We had a great view of a yellow-headed caracara, which seems to use the neighboring park/ballfield as its happy hunting ground. Now my mother-in-law is reminded of us when she sees it.

At the Colombia Bird Fair, we got to hear lectures by inspiring people, including London’s own “Urban Birder,” David Lindo. His uplifting yet simple message to city dwellers everywhere: Look up! There are birds all around. This tip would pay off on the next leg of our journey.

We flew to Cartagena, a heavily touristed city on the Caribbean coast. This sweltering site was the home to Nobel Prize winner Gabriel Garcia Marquez, and his inspiration for “One Hundred Years of Solitude.” Any writer would be proud to take a selfie at his statue at the university.

Along the waterfront, my favorite bird, the brown pelican, made its appearance, drifting up and down the pounding surf. I’ve seen this species now from Northern California to the midpoint of Chile and it never ceases to amaze me. It also reminds me of the shared responsibility all countries have for protecting the environment because pelicans and other animals certainly don’t respect borders. If one gets sick in Mexico or Washington State or Nicaragua, it’s all the same.

Also on view were the magnificent frigatebirds (rabiforçado or “forked tail” to the old Portuguese of Cape Verde). These massive, scissor-shaped shorebirds really occupy the sky. Alongside the pelicans, we were entertained all along our seawall stroll.

But the amazing sight in Cartagena was at a 51st-floor bar atop a hotel. We were talking with an American family and something caught my eye. I looked up to catch an aplomado falcon drifting along the wind currents at this height. We all stopped and gaped for a minute, and then again when it returned.

I have not even delved into our sighting of the Andean condor, the world’s largest flying bird, or some of the country’s 168 hummingbird species we saw in the hills outside of Cali. Nor have I filed my e-bird list from the trip. It’s almost too much to take in.

I was gob-smacked on a nearly daily basis by what we saw, and also by the kindness and openness of our Colombian birding colleagues. A big thank you to Carlos Mario Wagner of the Colombia Bird Fair, Sebastian Davila Giraldo, co-author of “Birds of Palmira,” and to our guides Juan Pablo Arboleda and Angela Maria Sinisterra.