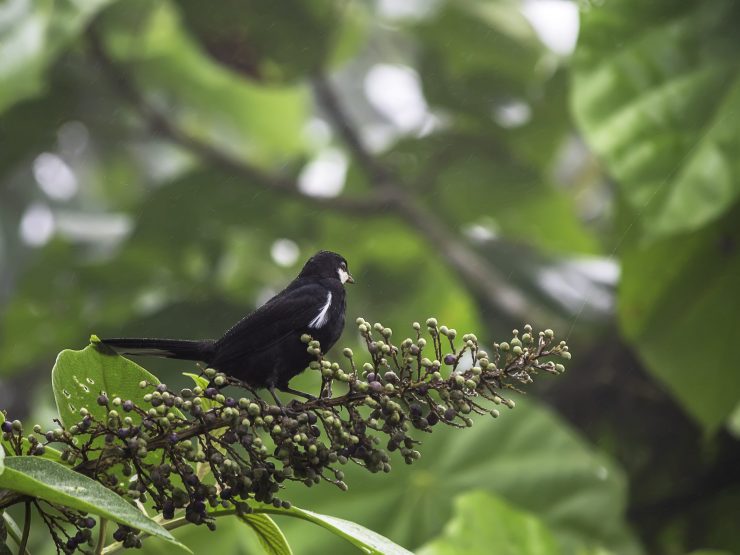 Its name means devourer of insects, from the Greek roots entoma = insect and edestes, edo = that eats. The epithet comes from the Greigo and means similar to a crow. It is a local species and very difficult to observe.

This bird is around 23cm. It has unmistakable characteristics. Above its beak it is black and below it is orange. Its eyes are red and it has a rather long tail. It is deep black in color with white cheeks, white pectoral tufts and broad white tips on its outer rectrices. It has inner margins of white inner rectrices that are prominent in flight.

It is distributed between 400 to 1900m, on the pacific slope from the headwaters of the San Juan river to the south of Colombia.

Feeds on fruits and berries in small groups or in mixed flocks.

It is kept solitary or in pairs, but can follow flocks in groups of 3 to 4 individuals in trees and bushes with fruit. It can be very harsh and difficult to see, usually seen when flying quickly through small clearings.