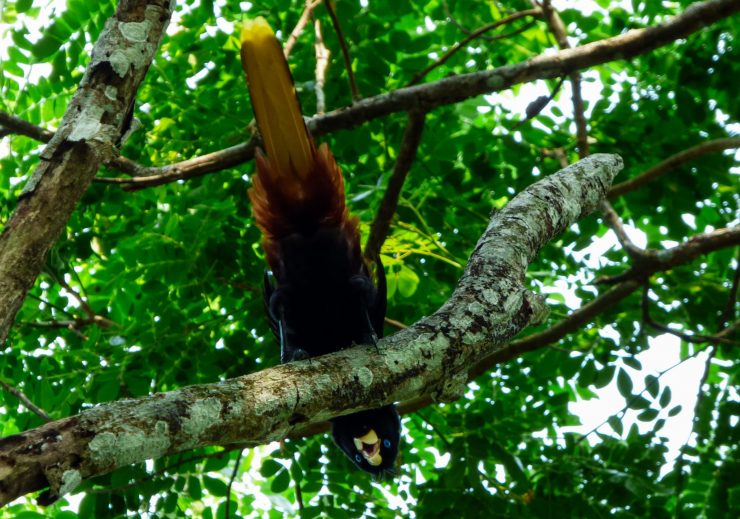 The Crested Oropendola is more solitary than other oropendolas besides it is the only big and with white bill, it is a bird species of the Icteridae and the order Passeriformes.

The approximate size of these bird is 46 cm.

A fairly and distinctly two-side family: Colorful and not. Bills are pointy and fairly short but vary in length from species to species. Many in the group are gifted vocalists. In migration, winter, and the breeding season, highly gregarious, many species form flocks, some large.

They have a big white bill. Their eyes are blue. The glossy black color but their rump and underflow are brown. They have a crest of black filiform and long feathers often conspicuous. The rectrices are black and the rest bright yellow.

It is a resident breeder in lowland South America east of the Andes, from Panama and Colombia south to northern Argentina, as well as on Trinidad and Tobago.

Locally and relatively common in rainforest, edges and partially dismounted areas in lowlands and foothills.