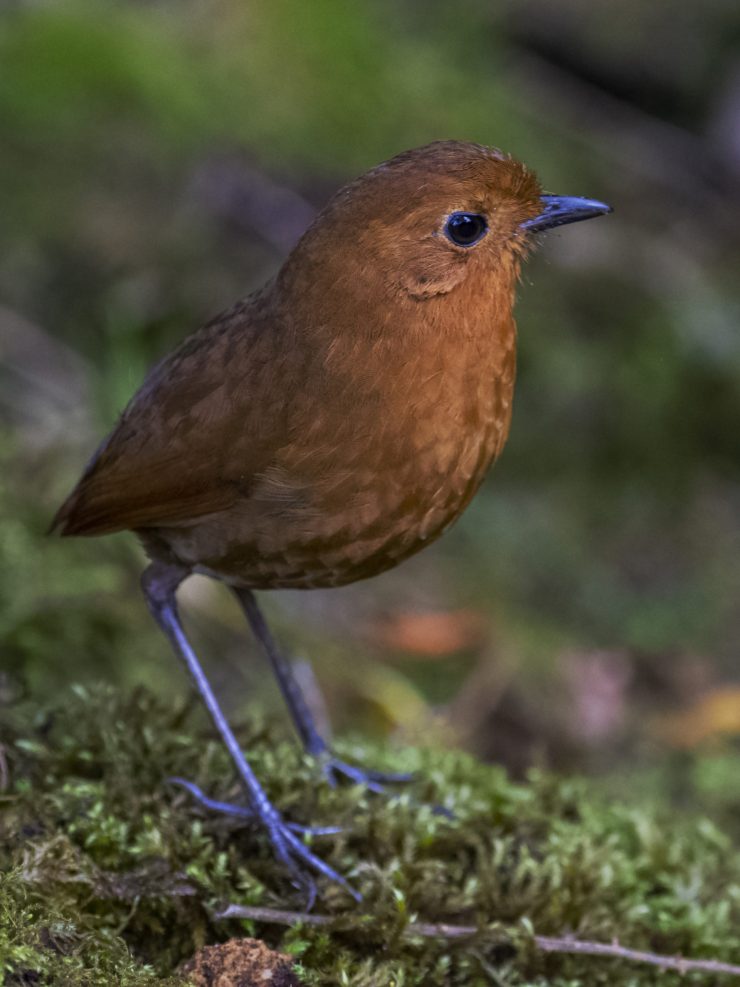 The Grallaria rufula complex is currently considered to consist of 2 species, G. rufula (Rufous Antpitta) and G. blakei (Chestnut Antpitta). However, it has been suggested that the complex, populations of which occur in humid montane forests from Venezuela to Bolivia, comprises a suite of vocally distinct yet morphologically cryptic (Twins) species.

We sequenced nuclear and mitochondrial DNA for 80 individuals from across the distribution of the complex to determine the extent of genetic variation between and within described taxa. Our results revealed 18 geographically coherent clades separated by substantial genetic divergence: 14 within rufula, 3 within blakei, and 1 corresponding to G. rufocinerea (Bicolored Antpitta), a species with distinctive plumage found to be nested within the complex. Neither G. rufula nor G. blakei as presently defined was Although 6 of the 7 recognized subspecies of G. rufula were monophyletic, several subspecies contained substantial genetic differentiation.

Genetic variation was largely partitioned across recognized geographic barriers, especially across deep river valleys in Peru and Colombia. Coalescent modeling identified 17 of the 18 clades as significantly differentiated lineages, whereas analyses of vocalizations delineated 16 biological species within the complex. The G. rufula complex seems unusually diverse even among birds of the humid Andes, a prime location for cryptic speciation; however, the extent to which other dispersal-limited Andean species groups exhibit similar degrees of cryptic differentiation awaits further study.

Phylogenetics: Study of evolutionary relationships among biological entities – often species, individuals or genes (which may be referred to as taxa).

Cryptic: group of species (which, by definition, cannot interbreed) that contain individuals that are morpholigically identical to each other but belong to different species or commonly named twin species.

Clade: Group of organisms that is composed of a common ancestor and all its lineal descendants.

Monophyletic: Group of organisms that are classified in the same taxon and share a most common recent ancestor.