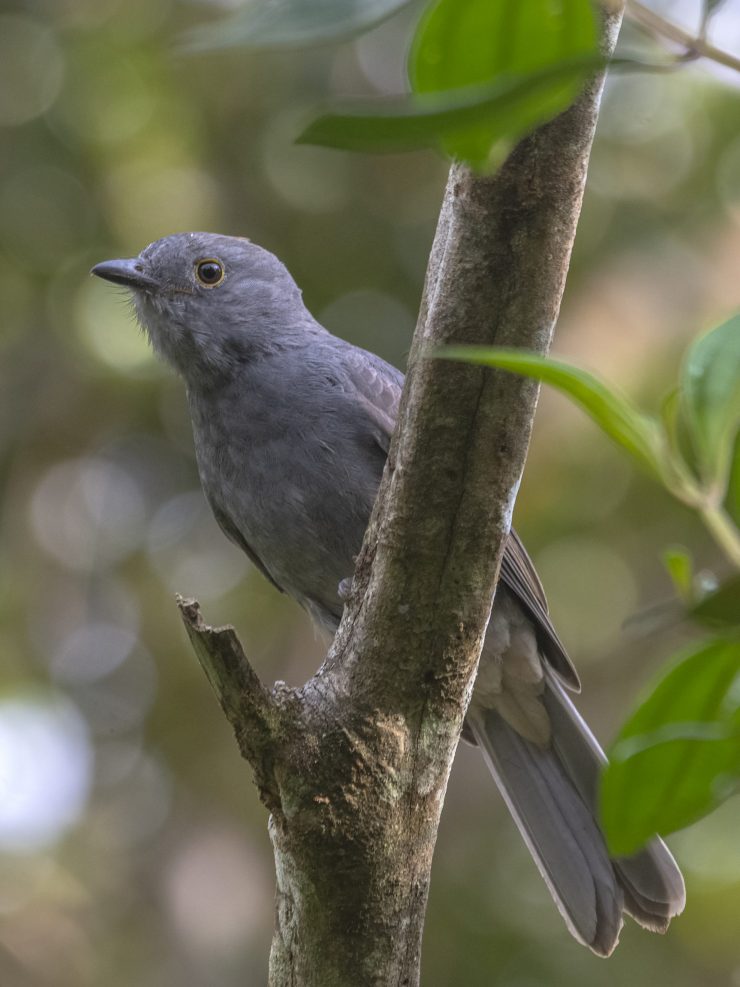 The genus lipaugus refers to the gray color of this bird and derives from the Greek term lipauges which means dark. The epitheus weberi was dedicated to Walter H. Weber for his great contribution to the Sociedad Antioqueña de Ornitología (SAO) and for promoting the study and conservation of the birds of Colombia. The name in English (Chestnut-capped Piha) refers to its most contrasting morphological characteristic (chestnut crown) and the name in Spanish (Piha Antioqueña) refers to the department of Antioquia, the only region of Colombia where this bird has been found.

It can be confused with the Dusky Piha (Lipaugus fuscocinereus), which is slightly larger and does not have a rufous crown or yellow orbital ring. It also resembles the Screaming Piha (Lipaugus vociferus) of similar size but more robust and without chestnut crown.

Endemic species of Colombia. It presents a restricted distribution to a strip of premontane forest between 1500 and 1820m above sea level in the northern part of the Central mountain range east of the Nechí river valley. It has been registered in the towns of La Forzosa, La Serrana, La Condena, Alto Anorí and Santa Catalina in the department of Antioquia.

It reproduces during the first half of the year, perhaps in the month of March. Knowledge about their reproductive biology is rare.

Apparently territorial and conspicuous bird, especially because of its vocalizations. Solitary individuals are generally observed in the middle and sub-canopy of the vegetation perched on exposed horizontal branches. Occasionally they participate in mixed flocks and when shaken they expose the crown and tail feathers.

It is a species that can be affected by the loss and fragmentation of premontane forests due to its reduced geographical distribution and its specific habitat requirements. For these reasons and also due to its reduced population size, this species has been classified by the IUCN as Threatened.