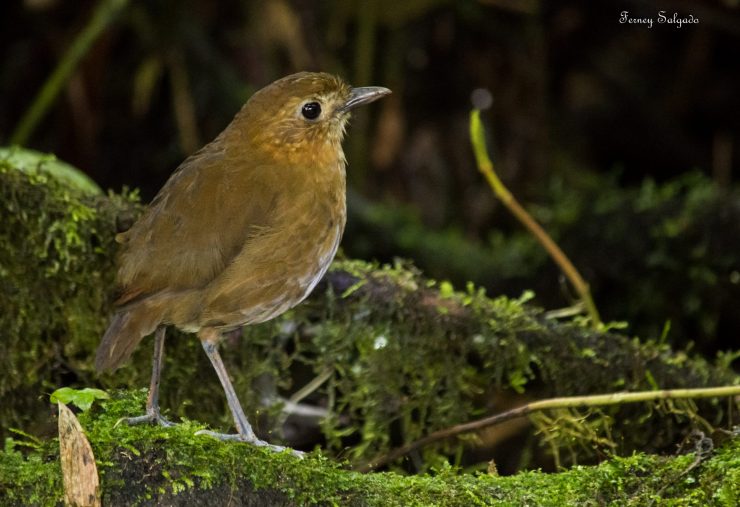 The Brown-banded Antpitta is a species of bird in the Grallariidae family and the order of Passeriformes, is an endemic of the Colombia, it is like other antpittas, is a secretive bird with a low population density and high habitat specificity, a nearly flightless, ground-dwelling species found only in the Neotropics.

The approximate size of these bird is 18 cm, above it is dark brown, has bridles, throat and center of the dirty white belly and has a large brown pectoral band.

This species lives only in the central Andes in Colombia, between 1800 and 3100m. It is located in the Cordillera Central in the volcanic massif Ruiz-Tolima in the departments of Caldas, Risaralda, Quindío and Tolima.

Its natural habitats are subtropical or tropical moist montane forest and plantations. It is threatened by habitat loss.

It collects insects such as beetles, spiders and other invertebrates, especially worms. It rarely feeds on small snakes, lizards, frogs or fallen fruits. It also forages around a legion of skinner ants to catch insects fleeing from them.