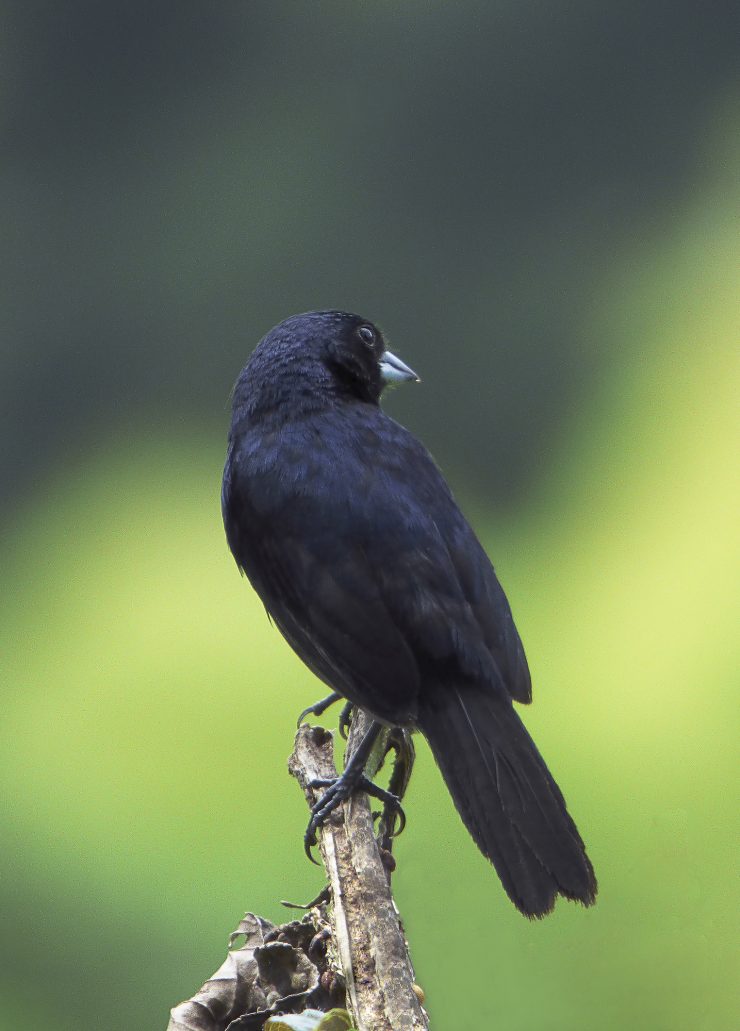 Is a bird which belongs to the family of Thraupidae and the order Passeriformes, measures about 10 centimeters, they have slender conical black bill, the male is glossy blue-black, whit a black tail and wings, the white inner underwing is visible in flight or display. The female and immature bird have brown upperparts and dark-streaked buff underparts.

The male jumps from 30 cm to 90 cm during the which cry out.

It is breeds from southern Mexico through Central America, and South America as far as North Chile, Argentina and Paraguay, and Trinidad and Tobago. In Colombia it is up to 2200 m above sea level throughout the national territory.

They inhabit meadows, bushes and savannas.

Birdlife international has identified more than 1,000 bird species threatened with extinction and has developed conservation strategies for each them.