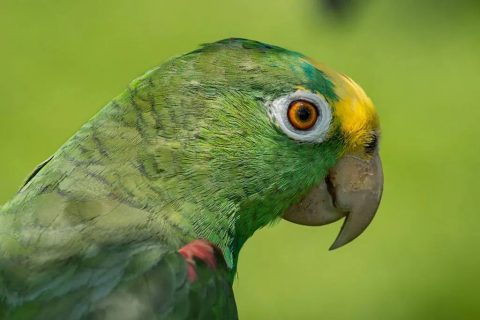 The common sparrow (Passer domesticus), also called pardal [2] or chilero, is a species of passerine bird of the Passeridae family. It is adapted to the urban habitat to the point of being the most frequent and well-known bird in those areas, although in absolute terms the finch is more abundant. Live as a commensal of the human being. It is native to Eurasia and North Africa, but is currently distributed in urban areas in temperate zones of almost the entire world, as it has been introduced by humans in the rest of the continents, with the exception of Antarctica. 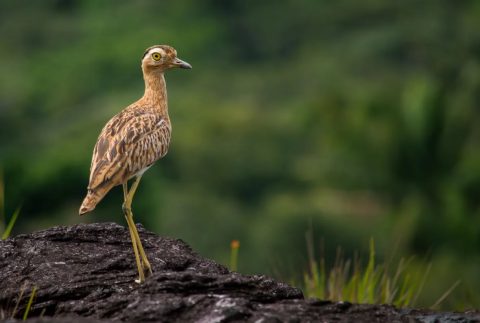 Bird of activity mainly twilight and nocturnal. It lives in dry areas in the north of the country and east of the Andes. Its name Burhinus means ox beak and derives from the Greek roots bous = ox and rhinos = beak. Its epithet bistriatus means double striated and derives from the Latin roots bi = double and striatus = striated. 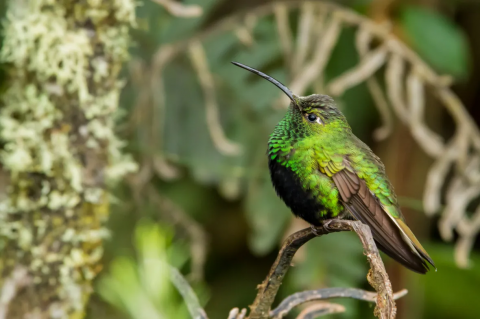 The mountain velvetbreast (Lafresnaya lafresnayi) is a species of hummingbird in the Trochilidae family. It is the only member of its genus. It is found in Colombia, Ecuador, Peru, and Venezuela. Its natural habitats are subtropical or tropical moist montane forests and heavily degraded former forest. 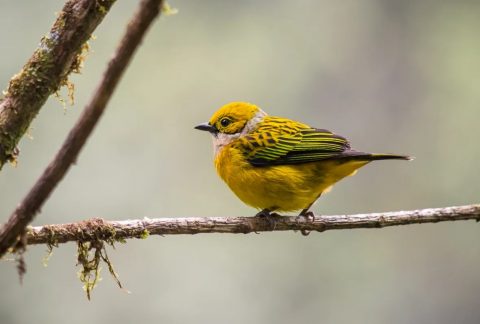 The silver-throated tanager (Tangara icterocephala) is a small passerine bird. This brightly coloured tanager is a resident from Costa Rica, through Panama and western Colombia, to western Ecuador

Quite polytypical and widely distributed in the country. Its name Dendroplex derives from the Greek roots, dendron = tree and plesso = to hit. The epithet picus comes from Latin and means nuthatch. 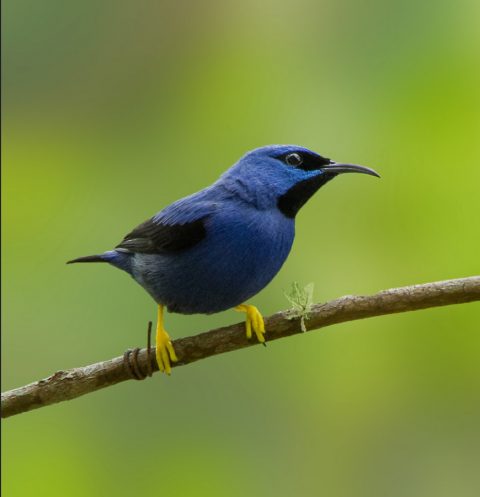 The purple honeycreeper (Cyanerpes caeruleus) is a small bird in the tanager family. It is found in the tropical New World from Colombia and Venezuela south to Brazil, and on Trinidad. A few, possibly introduced birds have been recorded on Tobago. The species is a bird of northern South America, and besides the Amazon Basin and the Guianas, a coastal range occurs west of the Andes, including parts of southern Panama. In the south, its range extends to the extreme western Pantanal. Though it is most frequently seen in the lowlands up to 3,300 ft (1,000 m) ASL or so, it has been encountered as high as 7,500 ft (2,300 m) ASL. 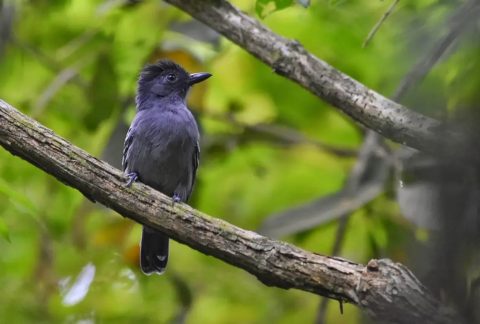 This batara has a strong hooked beak with which it catches various insects and spiders. It is generally seen in pairs following mixed flocks. Thamnophilus derives from the Greek thamnos = bush and philos = lover of, referring to their habit of moving at low heights among the bushes. Its epithet nigrocinereus refers to its coloration and derives from the Latin niger = black and cinereus = ash color.

This species is endemic to the Sierra Nevada de Santa Marta in Colombia and is probably closely related to G. kaestneri. Its name Grallaria derives from the modern Latin grallarius = stiltwalker and its epithet Bangsi was established in honor of the American zoologist and collector Outram Bangs.

The bright-rumped attila or polymorphic attila (Attila spadiceus) is a small passerine bird in the tyrant flycatcher family (Tyrannidae). It breeds from northwestern Mexico to western Ecuador, Bolivia and southeastern Brazil, and on Trinidad.