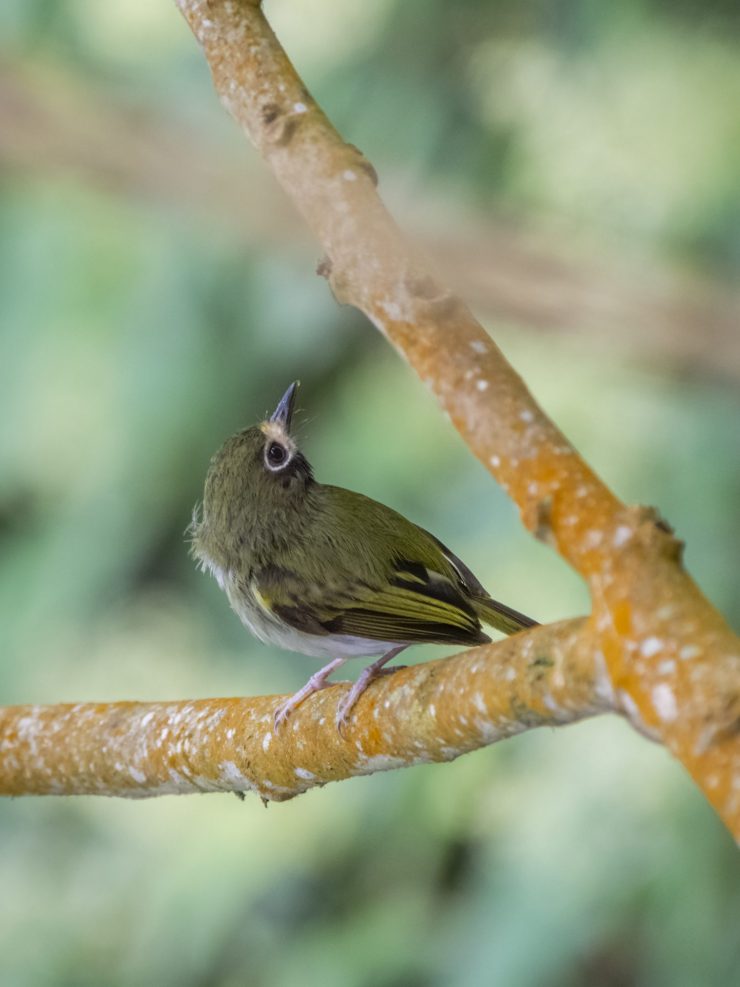 10.5 cm (4.1 in). The Black-throated Tody-Tyrant has olive-green upperparts and crown. The wings are plain. The loral area, forehead, and area around the eyes are white (caesius) or buffy (pyrrhops). The underparts are whitish with a distinctive black throat. The bill is black and the iris is brown. It forages in the sub-canopy and mid-story of humid montane forest. The black throat and pale or buffy in the loreal area and face are diagnostic but see Buff-throated Tody-Tyrant.

The Black-throated Tody-Tyrant is fairly common in montane forests of the east slope of the Andes at elevations ranging between 1800-3100 m.

It is found in Bolivia, Colombia, Ecuador, Peru, and Venezuela.

It feeds on insects, forages for food between 2 and 8 m above the ground; 4 spends long periods sitting impassively and occasionally makes short flights within the dense vegetation to take advantage of some prey.