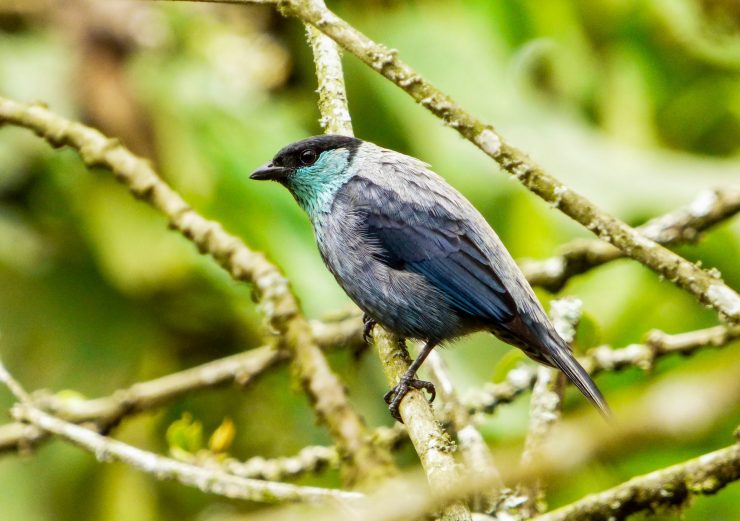 The Black-capped Tanager is one of the many species of Neotropical bird in the family thraupidae and order Passeriformes.

It is measures around 13 and 14 centimeters, with an average weight of 20.4 gr. The male has a black crown and neck forming a king of cap above the eyes. The sides of the head, throat and chest are pale green to silvery green. It upper parts are shiny silvery blue with dark blue wings and tail. Their underparts are greyish with black- margined breast feathers giving a scaly appearance.

The female, unlike the male, has a brownish green crown and the rest of the upperparts are bright light green with brownish primary feathers margined in blue.

It lives in mountain of Ecuador, Colombia and Venezuela year-round.

This bird can often be found in open landscapes, alone on in pairs, hiding under branches of trees and bushes.

It is natural habitats are subtropical or tropical moist montane forests and heavily degraded former forest.

Its global population remains unknown, but it is described as being uncommon in its range. In the absence of evidence for population or range declines, the International union for Conservation of Nature classified it in 2018 as a species of «least concern».