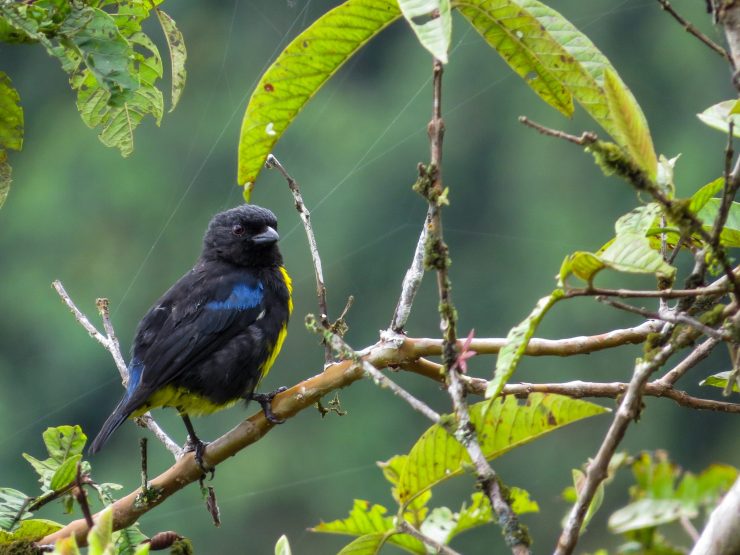 The Black-and-gold Tanager is a bird which belongs to the family of Thraupidae and the order of Passeriformes., It is measures around 16 centimeters.

The body is mainly opaque black with a golden yellow patch on the chest which extends down to the abdomen. It has flange covers and opaque blue supracaudal. Its bill and legs are black.

It inhabits the humid and very humid tropical and subtropical forests. Moderately common in the passage between the basins of Cauca and Nechí- near Ventanas (above Valdivia). In cloud forest with dense understory. The region where he lives is currently deforested to a large extent.

It feeds mainly on fruits and seeds and sometimes on some canopy insects.

She is observed alone, in couples and occasionally with mixed flocks.