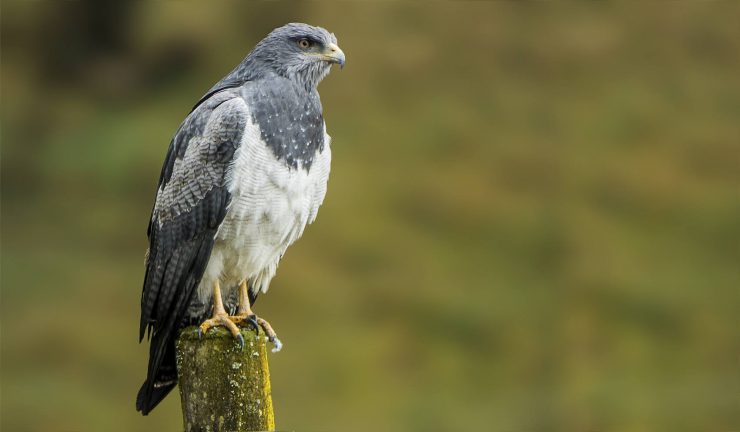 At sunrise last Saturday, birders and biologists across 171 countries took to the woods and wetlands, racing to count bird species in what could be described as the “Olympics of birdwatching:” Global Big Day. Colombia was ranked the bird-iest country on earth for the third year running — and for the country’s conservationists, the victory is about more than just bragging rights. It’s also about showcasing the value of the country’s spectacular biodiversity at a critical moment for the future of Colombia’s rich natural habitats.

As the country’s rural areas are opening up for the first time after decades of guerrilla presence, conservationists hope to use Colombia’s growing fame as “the country of birds” to combat intensified deforestation — and advocate for sustainable alternatives for local communities.

Why Colombia wins for bird diversity (with flying colors)

During last Saturday’s event, 1,542 bird species were registered in Colombia in one day alone. Compare that to the 713 counted in the United States, which is more than eight times the size. In total, Colombia is home to 1,934 bird species, or about one fifth of all known bird species on Earth, packed into just 0.8% of its land area. Of these species, over 80 are found only in Colombia.

Birds thrive in Colombia for many of the same reasons tourists seem to — the climate, the year-round access to fruit and flowers, and the incredible range of landscapes within a small geographic distance. When the Andes mountain range reaches southern Colombia, it splits into 3 branches, slicing the country up into an astounding number of distinct geographic zones — each boasting a richness of unique ecosystems.

Due to decades of armed conflict in Colombia’s rural zones, many of these ecosystems were long considered unsafe to live in, or even travel across. Large stretches of forests remained nearly pristine, teaming with a diversity of birds few people or even researchers were able to see.

Birding soars with the peace process

After the FARC peace agreement, signed in 2016, thousands of troops have moved out of the region and Colombia’s forests became accessible for the first time in decades, explains Jeisson Zamudio, a bird researcher at Asociación Calidris, a Cali-based research and conservation organization and BirdLife‘s Colombian partner.

Jeisson recalls that several years before the peace agreement, as a student, he participated in a research excursion that was cut short when paramilitary soldiers ordered his team out of a forest near the border of Chocó. Recently, he was able to safely go back to the same spot after years of anticipation.

“In what used to be a violent conflict zone, you can now be there listening to the birds, enjoying the forest, and hearing the stories of the locals” explains Jeisson. “There is this new feeling of optimism,” he adds, “the growing confidence to explore our forests and their bird life.”

As forests grew safer, birding was quick to spread its wings. A growing number of foreigners flocked to the country each year to see unusual birds like the Andean Cock of the Rock and the Multicolored Tanager — so much so that the supply of bilingual bird guides is only recently catching up with demand.

But bird lovers haven’t been the only ones taking advantage of the reopening of Colombia’s rich ecosystems. Cattle ranching, logging, mining, and cultivation of African oil palm trees have also expanded rapidly, clear cutting forests at an accelerating rate. Cattle ranching alone clears 500,000 acres of forest annually — threatening not just Colombia’s bird species, 160+ of which are endangered, but also migratory birds from other countries.

As Diego Ochoa, a spokesperson for the Audubon Society tells The Bogotá Post, “Colombia plays a fundamental role as a resting place for migratory birds coming from the US and Canada. They depend on our ecosystems as places to spend the winter, or as stopovers on their journey south, making conservation efforts in Colombia absolutely crucial for these species.”

The Audubon Society and Asociación Calidris are optimistic that birds themselves could offer a vital defense against deforestation. For locals living in zones of high biodiversity, birding and ecotourism can provide a range of economic opportunities — that rely on the conservation of forests, as opposed to their destruction.

Pedro Arturo Camargo Martinez, a Biologist with Asociación Calidris, comments, “Beyond the economic opportunities, bird tourism offers people a way to conserve their air quality, clean water, and forest, which is tied to their quality of life. It can benefit communities just as much as birds.”

Caption: At a Calidris-led workshop at the Cali Zoo, participants learn the names of bird parts in English. Photo by Kendra Hasenick, Asociación Calidris.

But bird tourism involves a lot more than just setting birders loose in the forest with binoculars. Asociación Calidris and the Audubon Society have joined forces to provide crucial resources in the development of a national birding route, with support from the Ministry of Commerce, Industry and Tourism and the Critical Ecosystems Partnership Fund. Since 2015, they’ve ramped up workshops for local communities and tourism services in English language, business management, ecology, and bird identification. The goal? To empower communities to run their own nature reserves and bird tours. Pedro estimates that so far, they’ve developed about 30% of the national birding route.

Another top conservation priority for Asociación Calidris and the Audubon Society, however, is a bit more difficult to quantify: sensitizing communities to the immense value of Colombia’s birdlife and wildlife. And that’s where Global Big Day comes in.

“Global Big Day is an opportunity for us to open doors for communities to get involved,” explains Pedro. “Each year, we see more people interested in going out with the experts to participate and learn about birds.”

And the impact goes well beyond local communities.

“The growing awareness of the incredible richness of birds and wildlife in our country is helping generate greater interest in conservation,” explains Carlos Andrés Galvis, Head of the Animal Collection Department at the Cali Zoo. “Birding is helping grow this love for the natural world. If it is managed well, it can help us combat threats like destruction of habitat and illegal animal trafficking, and a great diversity of species, not only birds, could benefit.”