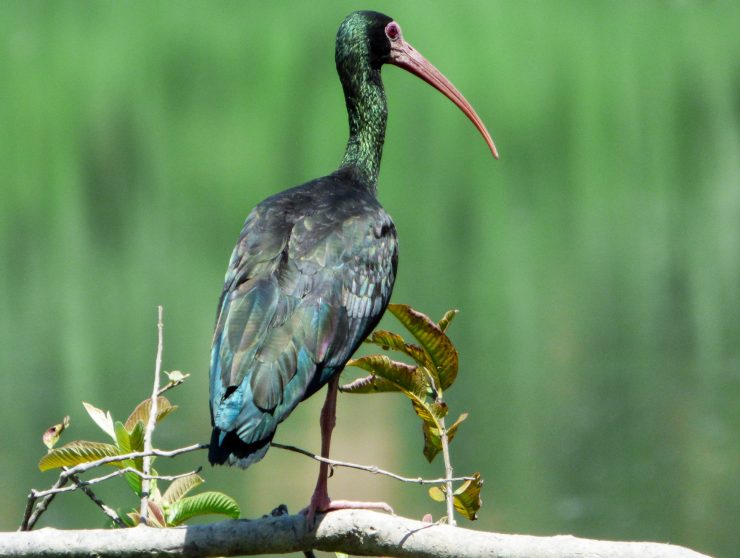 It is a bird species of the Threskiornithidae family, the approximate size of these bird is 52 centimeters.

The Bare-faced Ibis is either dark brown or a blackish color. It is called the Bare-faced Ibis because it does not have any feathers on its face. It has a long decurved bill that’s pinkish to reddish brown, the skin on its face usually a reddish color and it also has long orangely colored bill with pink legs.

As many of the ibis live in swamp and trees close to water.

This ibis builds its nest on small trees, or shrubs over swamps and river banks.