BACK TO THE COUNTRYSIDE: HOW COVID-19 IS FUELING A RURAL BOOM 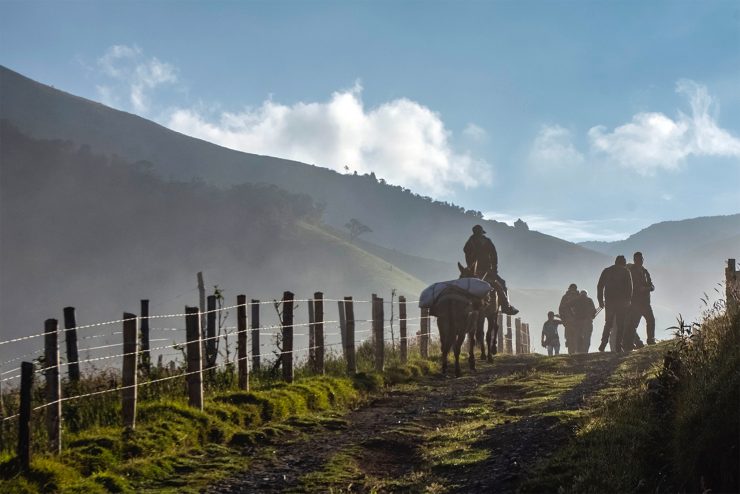 For a long time, urbanization has been one of the defining features of our societies a tendency that has accelerated with the growth of the information economy, with now half the world’s population living in cities.

But some believe that we may have reached a peak, as COVID-19 has not only paused the trend but might come to reverse it. The long months of quarantine turned the perks of solitude and access to greenery into a physical and mental health priority: Some 400,000 New Yorkers left the city during the pandemic, according to Deutsche Welle figures, and many Paris and London residents have done the same.

Other examples of coronavirus-induced innovation, like the rise of remote working or technological advances in automated services, are also fueling changes in the urban-rural dynamics:

DIY Supermarkets: A boom in unmanned stores is at play in Sweden, with one of the largest grocery store franchises launching 300 staff-free supermarkets in the coming three years, reports trade publicationHandelsnytt.

The 24/7 stores share some features with Amazon Go, the chain of convenience stores launched by the tech giant — like checkout-free automated payment systems.

A monitor by the entrance instructs the customer: create a profile, unlock the door, shop. Multiple camera-surveilled stores will be managed by a single employee who refills the shelves and solves technical issues.

While this has raised concerns about job losses, the facilities will be built in rural areas where the cost of staff has so far rendered supermarkets financially unviable. Now, these new establishments will grow the rural economy by benefiting other industries including logistics, construction and maintenance.

Agri Boom: Some see the revitalization of the rural economy in Colombia not only as an effect of the crisis but also as an exit strategy.

A recent op-ed in El Espectador argues that boosting the agricultural sector could make up for some of the 730,000 job losses caused by the pandemic.

The idea is to use government resources, including four million hectares of state-owned land, to promote ruralization. The government could use «state of emergency» powers to invest in canals, dams and irrigation systems, repair and extend infrastructure to connect the countryside and urban centers, as well as improve access to credit and create an agrarian risk insurance.

If successful, it could convince the 200,000 families who live in poverty after migrating to cities to return to the countryside.

Greener Tourism: While the World Tourism Organization estimates that international tourism will plummet by 60% to 80% this year, the Vatican recently issued a call to instead support «sustainable tourism,» Vatican News reports.

The statement encouraged tourists to turn from cities to rural areas, small villages or streets and places that are hidden or get overlooked.

In particular, the Vatican encouraged rural development through agrotourism, which helps support local family farms while visitors can escape the stress of urban living and find a new connection to nature.